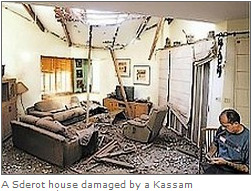 Some young Sderot residents are about to give Jerusalemites a dramatic peek into what life is really like in the beleaguered city.

Through the Sderot Media Center’s Community Theater Therapy program, 40 girls from two Sderot high schools worked together to produce a play, Children of Qassam Avenue, based on their experiences growing up under rocket fire. They will be performing tonight (Monday) in Jerusalem, at Merkaz Hamagshimim Hadassah in the German Colony neighborhood. This will be the first performance of the play outside of Sderot.

According to the SMC, more than 70% of Sderot children have symptoms of post-traumatic stress disorder. Theater therapy has proven to be an effective way to help these girls cope with their experiences and daily reality, while at the same time giving outsiders an insight into what life under the constant threat of rocket fire is truly like.

Rotem Amar, one of the young actresses, explained last week: “We took stories from our daily lives that happened to a few girls here. We simply expanded them and made them into a play. In the play, we show what happens to each girl in her own way.”

The 10-month process started with 20 group-therapy sessions. The feelings and experiences shared in these sessions formed the foundation for the play. Their first performance took place two weeks ago in front of an audience of 200, a mix of Sderot residents and people who came from outside the town.

The Sderot Media Center believes that drama offers the girls a unique and effective way to cope with their experiences.

“Through drama, Sderot children have the opportunity to present their perspective to the world. Theater therapy offers the children the chance to visually express their feelings and emotions which are typically unimaginably difficult to produce, which, in effect, gives them a sense of direction over those feelings. The therapy promotes personal development and confidence, and self-expression,” said a video on the SMC Web site.

Livnat Shlesinger, project director, agrees that theater therapy offers the girls a way to face their feelings and experiences, and thus learn how to deal with them.

“If you run away from your hardships, close your eyes and get under the covers, it will find you in the end and it will be harder. When you bring it to a group, talk about it, bring it up, show it, show my life, my reality, it helps me deal with it,” she told The Jerusalem Post last week.

In addition, Shlesinger told Ynet news that the project has “instilled a sense of confidence in these Sderot actresses and has given them new tools to deal with the stress and pressure of living in a rocket zone.”

Another important aspect of the project is exposing those from outside Sderot to the daily realities in the western Negev. According to the SMC, the mission of the Community Treatment Theater is to influence Israeli public opinion and to ultimately perform in the Knesset.

Said Amar to the Post, “We want to raise people’s awareness. It’s important that they know what we are experiencing, so they don’t look at it with a removed understanding [and think things] like, ‘Qassams fall in Sderot, fine.’ It’s not fine and we can’t get used to it.” 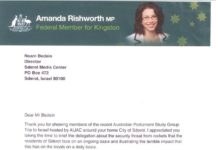 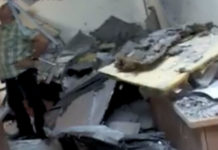 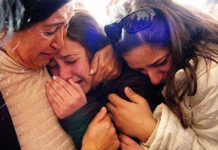