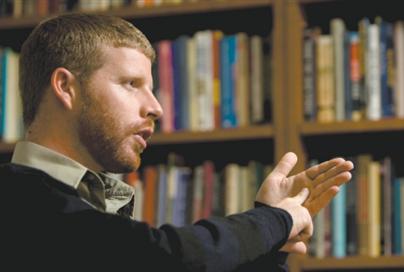 Residents of Sderot, the small working-class city of 21,000 people just one kilometre from the northeastern tip of Gaza, are bracing for another war with Hamas.

A year after Israel invaded Gaza in a three-week military operation that killed 1,450 people, Sderot and surrounding Israeli communities in the Negev Desert continue to be targeted by rockets fired by Palestinians.

At least 301 rockets have fallen in or near Sderot since Israeli troops withdrew from Gaza on Jan. 18 last year, said Noam Bedein, director of the Sderot Media Centre.

“This has been the most relatively quiet year in the past 10 years, but it still creates anxiety and fear among

people,” he said. “Almost every single resident has experienced a rocket going off and exploding nearby.”

In the run-up to the last Gaza war, people in Sderot lived under a withering rain of almost 8,000 homemade Qassam rockets and mortar shells, which killed 13 people and injured hundreds.

The almost daily attacks since Israel withdrew from the Gaza Strip in 2005 were the main reason Israel gave for invading Gaza and trying to crush Hamas, which seized power by force there in 2007. But while the Gaza invasion has resulted in a periodic lull in Palestinian attacks, residents of Sderot are braced for renewed war.

“Once you have a siren go, they go back to the first day of having rockets explode near their body,” Mr. Bedein said. “The mental-health centre tells me that we have no post-trauma zone. It is still very much traumatic. The rockets are still here, the people know it is just a matter of time and there is going to be other rocket fire.” An estimated 7,000 people in Sderot are said to suffer from post-traumatic stress. Mr. Bedein says between 70% and 94% of the town’s 4,000 school children have displayed symptoms of post-traumatic stress. “You have two-or three-or five-yearolds who are being brought up with tranquillizers as part of their daily diets,” he said.

Residents of Sderot and other communities close to Gaza usually have just 15 seconds warning of an incoming Palestinian rocket attack, while communities such as Beersheba, 50 kilometres away, have 45-second warnings.

Israel has begun to build a new missile defence system, called Iron Dome, to protect most of the country. However, the system is unable to respond quickly enough to missile attacks to protect towns within a four-kilometre radius of Gaza. As a result, places such as Sderot have experienced a boom in bomb-shelter construction and Israel recently earmarked US$39-million for bomb-proofing the area’s schools.

“We are the bomb-shelter capital of the world,” proclaimed Mr. Bedein, who launches a cross-Canada tour with a speaking engagement at York University today.

“It is so fragile. It’s just a matter of time before this entire region is under rocket fire,” he added. “You know the first lesson of criminology is silence.

“Everyone knows when there is silence the other side is getting prepared, getting ready for the next escalation.”