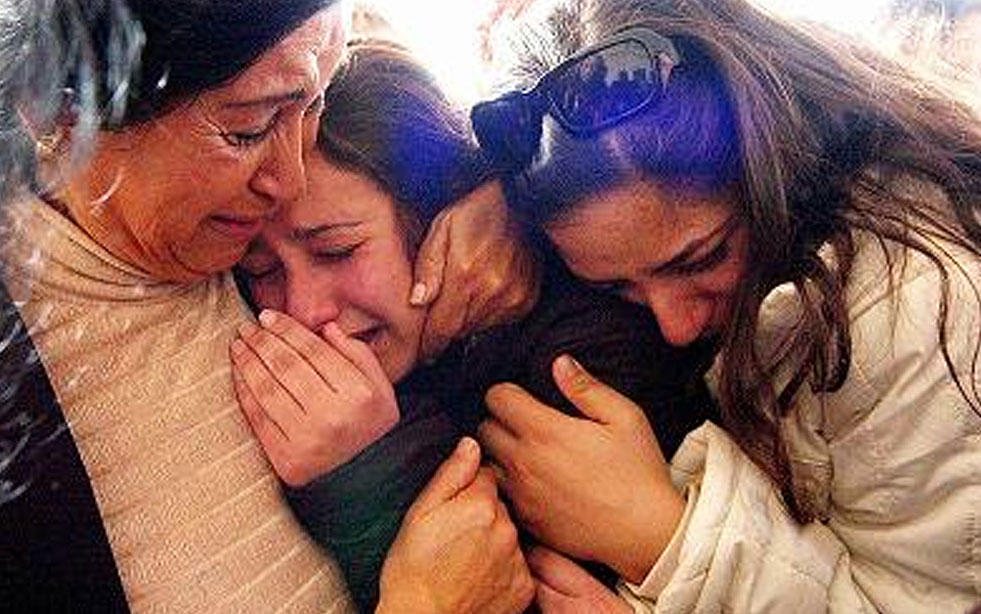 Nearly 300 rockets have been fired from Gaza into southern Israel in the 11 months since Israel ended its operations in Gaza to try to reduce that terrorist threat, said Jacob Shrybman, who has lived in Sderot for the past year and experienced the terror that comes with each Color Red alarm that announces an incoming rocket.

Shrybman, assistant director of Sderot Media, was in town to show Portlanders how a whole generation of Sderot children cope with the terror that has been their reality for the past eight years. He spoke at a Dec. 10 gathering organized by the Portland Ashkelon Sister City Association held at Congregation Shaarie Torah. While in Portland, he stayed with his sister Cory Raiton, who handled publicity for his visit.

“It doesn’t matter if the rocket hits a school, a store or an open area,” he said. “The fact a rocket was fired and the alarm went off-that’s causing broader psychological damage…. Every time it’s as if that rocket is headed right toward you…. You have 15 seconds to run for your life.”

The resulting post traumatic stress disorder most residents experience has one major difference from the traditional diagnosis of PTSD-“There is no post,” said Shrybman, noting the trauma is repeated almost daily.

For eight years, the 20,000 residents of Sderot, which is only a kilometer from Gaza, has been the target of the majority of the 12,000 rockets fired from Gaza into Israel. About 8,000 of those, a substantial increase from the five years when Israelis lived in Gaza, have been launched since Israel disengaged from Gaza removing all Israelis from the area in 2005.

With recent advances in rocket technology available in Gaza, Shrybman said one million Israelis in southern Israel now live under the daily threat of rocket fire.

“Imagine even one rocket falling on Portland,” Shrybman urged his audience in an attempt to share the trauma Sderot residents feel.

The mission of Sderot Media, said Shrybman, is to counterbalance the images coming out of Gaza, which create sympathy for Palestinians and anti-Israel sentiment around the world.

“In the eyes of the world, it has become acceptable to fire rockets at civilians,” he said. Sderot Media attempts to put a human face on the trauma that causes.

In discussing the importance of public opinion influenced by media images, he showed some of the most memorable images from the Vietnam War, including a child running naked from a Napalm bombing.

The public outrage over such images sparked a policy shift to end the war.

Now Sderot Media is attempting to ensure world opinion understands the suffering in Israel as well as Gaza.

He said bombed areas in Israel are quickly repaired while rubble in Gaza is purposely left as it is for the cameras to damage Israel in world opinion.

As part of the effort to create balance, Shrybman showed a video of a drama therapy program and the play that the 40 high school girls in the program created. The play, performed once in Sderot and once in Jerusalem, dramatizes the real terror each of the girls have lived through.

Sderot Media hopes to have the play performed in front of the Knesset and around the world to balance the images from Gaza. However, funding has forced the theater to go on hiatus.

“Financial contributions are immediately needed,” he said, adding other trauma programs in the city are also at financial risk of closing. The theater therapy program is funded entirely by donations.