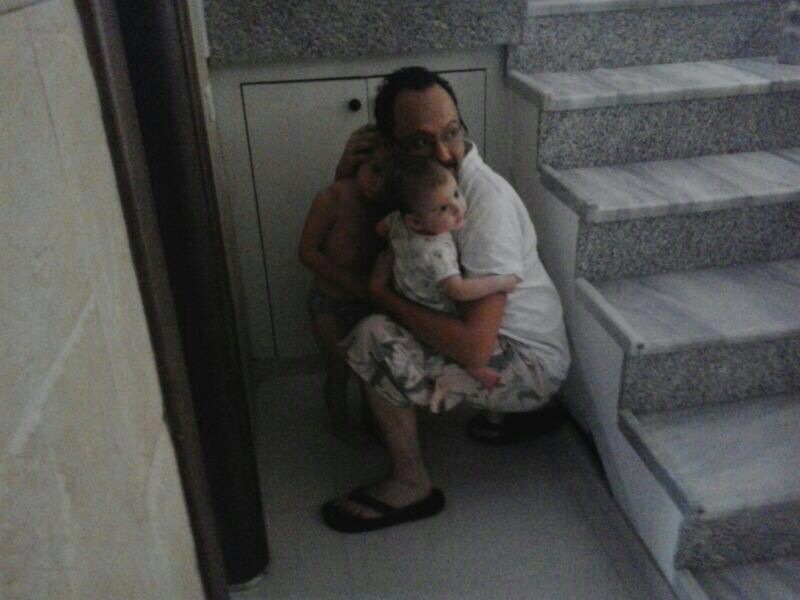 On July 15, 2014, Israel has agreed to enter its fifth ‘ceasefire’ with Hamas-controlled Gaza of the past 7.5 years.

The lack of ‘citizen diplomacy’ has resulted in the State of Israel agreeing to yet for another Hudna ‘ceasefire’.

Rockets will still be fired towards communities in the Sderot, the Western Negev and Ashkelon areas, simply following the pattern of previous ‘ceasefires’ with hundreds of missiles launched during these periods. These were always followed by more advanced military operation with the terror state regime in Gaza and more Israeli cities under Iranian missile threat and more strategic facilities targeted.

With no fatalities (thank G-d) and ‘only’ several injuries from the massive missile fire aimed at Israel during ‘Operation Protective Edge’, the State of Israel has yet to learn the power of promoting the human side of the story as a vital tool for combating terrorist organizations such as Hamas in Gaza.

Israel in the past several years has developed its capabilities in defense. The ‘Iron dome’ batteries protect central cities in Israel, and the state has invested billions of shekels in bomb shelters in the Western Negev, along with disseminating the Home Front Command’s emergency regulations to the Israeli public.

Why, then, does Israel enter into a ‘ceasefire’ when the heart of its country remains under Iranian missile threat from Hamas-controlled Gaza?

Because there is no proper Israeli strategy for a citizens’ PR offensive. The world did not hear the emergency reality from up to seventy percent of the Israeli population under missile fire from Hamas-controlled Gaza. A comprehensive system for Israelis to visually document and report military situations would have transformed that situation.

Israel’s ‘citizens diplomacy’ is an offense tool that can back up its leadership, Israeli and world public opinion, and the IDF as the military moves closer to achieving its goals.

Would Israel consider a ‘ceasefire’ if there existed tens of thousands of self- documented short videos taken by residents of Israel, running for their lives with every siren, being shared through a developed social media system that reaches the world in a matter of seconds?

Can Israel risk going into Gaza with IDF soldiers, deep into civilian locales along with terror targets and terrorists, including hospitals and schools where long-range missiles are hidden, and not have ‘civilian diplomacy’ material backup?

The Government and the IDF cannot do their own PR. Slogans are great, and graphic design clarifies messages, but what army in the free world has its own PR?

From the world’s point of view, no injuries, no harm done. Nothing is really going on and it seems as these missiles are incapable of inflicting real damage. While Israel, in response, pounds Gaza with everything it’s got.

Sounds familiar? For the past decade this was the news broadcast in Israel, almost every other day, and in particular during ceasefires. “One rocket exploding near Sderot, no casualties… and now to the weather report.”

Overnight, the Sderot rocket reality became a near-universal living reality for Israeli citizens. In this Wonderland, even when there are no casualties, nothing is as it seems. The next confrontation is just around the corner. We have what it takes to make a difference by using our own smartphones and documenting emergency moments in Israel.

In my nearly eight years in Sderot working as the director of the Sderot Media Center, I have seen the power of a human story being branded into an international symbol. Self-documenting live emergency situations brings real hope for the region. Most important, we encourage our government and the IDF to continue to protect our people.

Noam Bedein is a photojournalist, lecturer and founder/director of Sderot Media Center . He has conducted briefings and tours for government officials, diplomats, foreign press, and students from around the world. Recently he produced a short documentary for the US Embassy- ‘Standing Resilient in Israel’