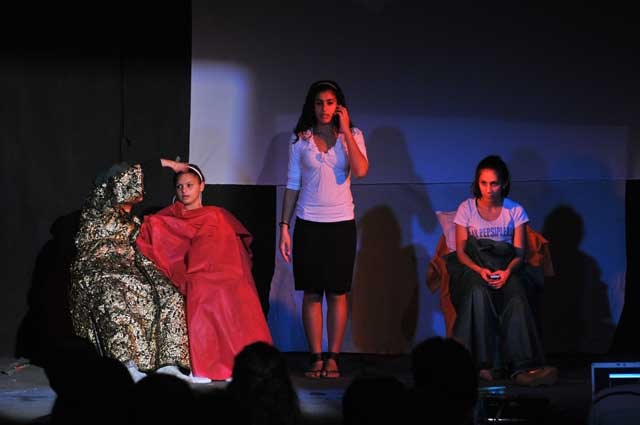 Sderot Media Center’s Community Treatment Theater will launch the first theater production of Children of Qassam Avenue. The production is based on the true-life experiences of the theater’s actresses, local Sderot high school girls, who underwent a year of drama therapy counseling.

Sderot, Israel (14.10.09): The Sderot Media Center (SMC) Community Treatment Theater will launch its first theater production of Children of Qassam Avenue in the Sderot Youth Center on 4 Chaim Bar-Lev Street in Sderot at 19:00 on October 14, 2009.

Children of Qassam Avenue is based on the true-life rocket experiences of the Sderot actresses, all of whom are Sderot natives, and have experienced post-trauma symptoms arising from eight years of Gaza Qassam attacks.

“We took our personal experiences of everyday life in Sderot and incorporated them into the play,” said SMC Theater Project director Livnat Shlesinger, whose childhood friend, Ella Abuksis was killed by a Qassam rocket four years ago in Sderot. “This project has instilled a sense of confidence in these Sderot actresses and has given them new tools to deal with the stress and pressure of living in a rocket zone.”

The Sderot Community Theater Program began with 20 drama therapy sessions for the traumatized Sderot girls. A play script was established based on the stories and experiences that emerged during the sessions. Psychologist Debbie Gross and social worker Nechama Munk, facilitated the drama therapy sessions along with SMC Project Director, Livnat Shlesinger.

For more information and to arrange interviews with the Sderot theater actresses and the project coordinators, please contact Anav Silverman, [email protected] .