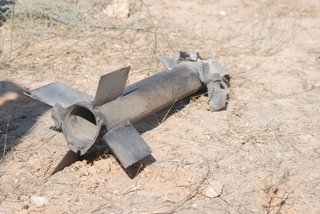 The residents of southern Israel had already become accustomed to
the quiet after Operation Cast Lead. But over the past weekend, the
quiet was disrupted: this consisted of pinpointed incidents, but
civilians living in the communities next to the fence could not ignore
the sounds of gunfire that disturbed their calm and mainly reminded them
of different times in the south.

“I don’t really have an idea what is happening on the other side or
what the IDF is doing,” a resident of Kfar Azza said, “but usually in
the early morning I hear loud explosions, machine gun volleys and all
kinds of APCs moving along the border. I don’t think this is regular
activity. They aren’t firing there for no reason. When there is quiet
in the area, it is absolute. In the past few days, this quiet was
disrupted, but they don’t really want us to know about it.”
Shaar Hanegev Regional Council Chairman Alon Schuster also says
that security officials update him continually about hostile activity.
“Today there are more explosive charges along the border than there were
before Operation Cast Lead,” he said.
The rocket fire is also reminiscent of other times: on Saturday morning,
a Qassam rocket was fired and hit an uninhabited area near a kibbutz in the western
Negev.
Along with this, residents of Ashkelon are concerned that the Grad
rocket fire will return this year, in the middle of the school year.
The municipal parents committee is considering not opening the school
year in two days, in protest over a lack of fortifications in most of
the city’s schools.
Sources in the committee say that they were promised that outdoor
shelters would be placed in the school yards by the start of the school
year, and since this process was not completed, the possibility of
declaring a strike in the education system is being examined. “We did
not ask to fortify the schools like in Sderot,” committee member Sophie
Pinhas Hotovely said. “We are asking for basic fortification measures.”