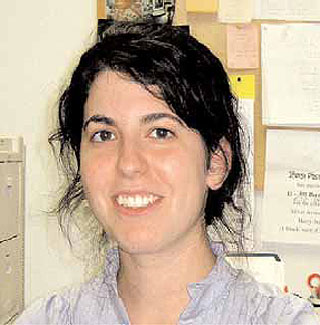 The population of Sderot is only 19,000, yet it is unlikely that there is a more famous town anywhere in Israel with such a small number of residents.

For a while, in late 2008, Sderot’s inhabitants were forced to endure an unrelenting series of rocket attacks from Hamas-controlled Gaza: over 500 alone in a 40-day period beginning in November.

Since the end of “Operation Cast Lead”, as Israel’s incursion into Gaza was known, some semblance of normalcy has returned to Sderot. The last rocket to actually land in the town fell May 19.

Yet, no one living in Sderot suffers from any sense of complacency. Since 2006 there have been three ceasefires between Hamas and Israel. The first two both came to abrupt ends when Hamas’s leaders decided that it was in their interest to resume terrorizing residents of Israel’s western Negev territory.

This past week a representative of the “Sderot Media Centre” paid a visit to Winnipeg. Anav Silverman is a 23-year-old part-time resident of Sderot who volunteers there three days a week. (The rest of the time Silverman is a student at the Hebrew University of Jerusalem, where she is working toward a degree in education.)

While here, Silverman spent some time in our paper’s office, describing what life is like in Sderot since the latest cease-fire went into effect. She also wanted to bring home the message that life for residents of Sderot will never return to normal – not after more than eight years of intermittent rocket firings.

Sderot is “the face of the more than one million Israelis living under the constant threat of rocket attack,” Silverman said. Yet, mainstream media concentrate on “Gaza as a scene of devastation, but ignore Sderot and the western Negev,” she claimed.

As a result of the perceived unwillingness on the part of most media to give fair coverage of the situation in Sderot, the Sderot Media Centre was created in an attempt to make more people aware of the conditions that residents there have had to endure the past eight years.

The centre is staffed primarily by young volunteers in their 20’s. Silverman’s job, she says, is to manage the centre’s website, as well as conduct “tours for visiting officials”.

For instance, the centre helped to create a “Sderot Community Theatre Program” whereby a group of some 40 teenage girls “relate their stories through drama and acting”.

“We’re hoping to have the group perform all across Israel,” Silverman says. Psychologically, it’s important for individuals such as these girls to be able to relieve some of their anxieties by putting them on display in dramatic form, she suggests.

The entire town suffers from “post traumatic stress syndrome,” according to Silverman. Psychologists have even coined a new term to describe the typical state of mind of anyone currently still living under the threat of rocket attacks, but in what appears to be a lull period in the fighting: “optimistic anxiety.”

Yet, the fallout from the Gaza incursion has been nothing short of “a media catastrophe for Israel,” Silverman claims.

Anav Silverman was born in Israel, but lived in the U.S. from the age of two until she was 18. She says that she was exposed to the nerve-shattering effects of a rocket attack almost the moment she arrive in Sderot two years ago.

“The second day I was there the siren went off. It was surreal,” she says – “like watching a movie.”

“I heard the shriek of the rocket flying over and landing in a neighbour’s house,” she adds. “I was in situations where rockets would land only metres away.”

Giving the present Israeli government its due, Silverman notes that every residence of Sderot now has its own bomb shelter, something that previous Israeli governments continually dragged their feet seeing done.

Despite the unwavering rocket attacks emanating from Gaza over the past eight years, Silverman says that residents there will not be intimidated into giving up their homes. “They won’t leave…That would be a victory for Hamas,” she claims.

As well, she notes that the majority of those Sderot residents who have left for supposed safer pastures ended up going either to Ashkelon or Netivot. “Now those cities are within range of Gaza’s rockets,” as well, she notes. Yet, even under these excruciatingly trying conditions, Sderot residents do not bear any real hatred toward their Palestinian neighbours. “A lot of left wing groups come through town and the one question they keep asking is: “Is there a lot of hatred toward Palestinians?” The answer, according to Silverman, is that Sderot residents are well able to make the distinction between everyday Palestinians and Hamas.

“The education system promotes an understanding of the Palestinian position,” she suggests.

I end our interview by asking Silverman what it is that Winnipeggers can do to show their support for residents of Sderot.

Silverman, who was accompanied to the interview by John Farber, says that the most important thing is for people not to forget that Sderot still exists under the perpetual threat of renewed bombardment. She says that people can refer to the Sderot Media Centre’s website: www.sderotmedia.com for updated information.

John Farber adds that he and his wife, Terry, were recent visitors to Israel. While they were there, they decided to pay a visit to Sderot on their own.

He says that anyone whom they encountered was highly appreciative of their gesture of coming there and spending some time visiting with the locals.

“If you’re in the vicinity, stop down and say ‘hello’,” Farber suggests.

He also reminds us that all “Sderot residents are ‘soldiers without uniforms’.”