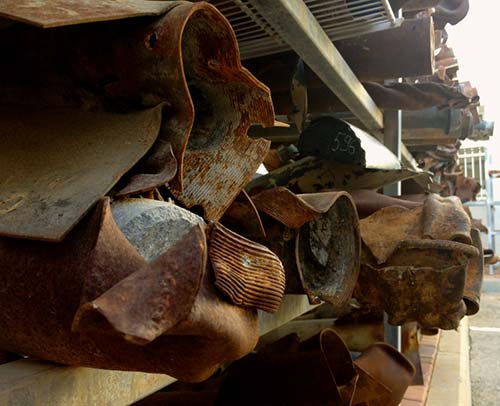 Identity-the definition of one’s self; the key to one’s soul. The source where strength is derived and courage is stored. Identity- perspective, faith, traditions, choice, challenges, roots, growth, connection, support.

Identity is established through one’s outlook. Seven years ago it all began with an idea, a thought, a dream. Founded by Rav Nahum Nagar, a Sderot resident, the organization was called – Stirring the Jewish Spirit. This is a dream to connect Jews in Sderot to their roots, their heritage, their faith and ultimately, to each other through thick and thin. For fourteen years to date, Sderot, a small city located in southern Israel, has been under rocket attack. Men, women and children of all ages, continue to suffer mentally, physically and emotionally. Only a single Kilometre (0.62 miles) of distance separating a playground in Sderot and a terrorist in Gaza leaves the residents of this Israeli town with an abnormal normality- a life in constant fear. Stirring the Jewish Spirit is one of it’s kind since it works with students who, in addition to experiencing a disconnect from Judaism, live in an environment where it is a necessity to cope with the daily threat. This organization provides a foundation for strength in such circumstances. Rockets cannot penetrate a sense of purpose nor shatter the solidity of a support group. Once a mind is broadened and answers are offered, faith emerges. Student Shira Schwartz expresses in all honesty that come what may, she knows now that, “G-d has a plan and everything happens for a reason”. Faith that emerges in times of despair is light that pierces the darkness. Sderot is the initial spark that radiates through all of Israel, spreading meaning, strength of spirit and hope for the future. When asked how she feels about Sderot, Shira was speechless: “It is a special place. I cannot explain it but Sderot is spiritual”. Anat Cohen paints the image of Shabbat in Sderot- commotion transformed to calm. In a city where rockets pierce its border each and every day, there is the atmosphere of peace on Shabbat. With faith comes traditions and with traditions comes choice. The choice to light shabbat candles and refrain from driving on Saturdays. The choice to live in the Western Negev of Israel and fight for the Zionist dream. The choice to take time out of a busy schedule to attend Jewish Spirit programming every week. The daunting choice to change yourself, the fate of Sderot and the face of the Jewish nation. The students at Stirring the Jewish Spirit have the opportunity to understand, identify with, and even take on Jewish observances. Emanuel, originally from a religious background before secularizing later in life, explains that the teachings he is learning now, in comparison to what he has learnt in his past are, “the same content but a different approach. It is a different experience all together. There is no pressure intertwined, just learning and connecting”. Shira has taken on shabbat, shutting her cellphone and television and setting aside time for her loved ones while Dor Shosberg attends inspiring shabbat dinners at Rav Nahum’s house. Anat prays for her mother suffering in the hospital. These students choose to learn, to grow and to grip everlasting strength. Even in the most challenging times, they have courage. In times of fear, they remain positive. When faced with an obstacle, they become proactive. The weapon of self- awareness combats any threat. The certainty of identity survives any attack. Stirring the Jewish Spirit provides tools for the residents of the Western Negev of Israel to fight back and succeed. Through this organization Shira describes: “I have a safe haven, a shelter from the rockets, a home. I have someone to turn to and someone to comfort me. I have a family”. Students involved in a Stirring the Jewish Spirit class.

For better or worse, the past shapes one’s present. However, the future is determined by this very moment. Regardless of which religious beliefs one follows, there is something that binds us all and that is the fact that we are Jewish. We all came from the same place, suffered the same travesties and yearn for the same redemption- for peace, acceptance and unity. “I know now where I come from”, Anat affirms since joining The Jewish Spirit. Our ancestors have resided in the land of Israel uninterrupted, for over 2000 years. Israel is the Jewish homeland. Rockets can shower but they will never break our spirit and we will continue to grow. The students of Stirring the Jewish Spirit prove that they will progress in everyday life, in Judaism and in the search for meaning. Rav Nahum, Director of Stirring the Jewish Spirit giving a class to his students.

Just as the Jewish past is interconnected, so is its future. Stirring the Jewish Spirit is a community, a family of infinite love and support. However, every Jew in Israel and beyond, belongs to this family as well. “In Israel one faces rockets, in the diaspora one combats antisemitism”, describes Rav Nahum, Director of Stirring the Jewish Spirit. We fight the same battle, we share the same hope. “We possess the same identity”. The Jewish identity empowers, strengthens and supports. It cannot be mangled and the Jewish spirit can never be destroyed. We are each a link in a chain, a letter in a scroll, a piece of a story that is forever evolving. Yet, we must ask ourselves, how we can make our mark in shaping the Jewish identity.